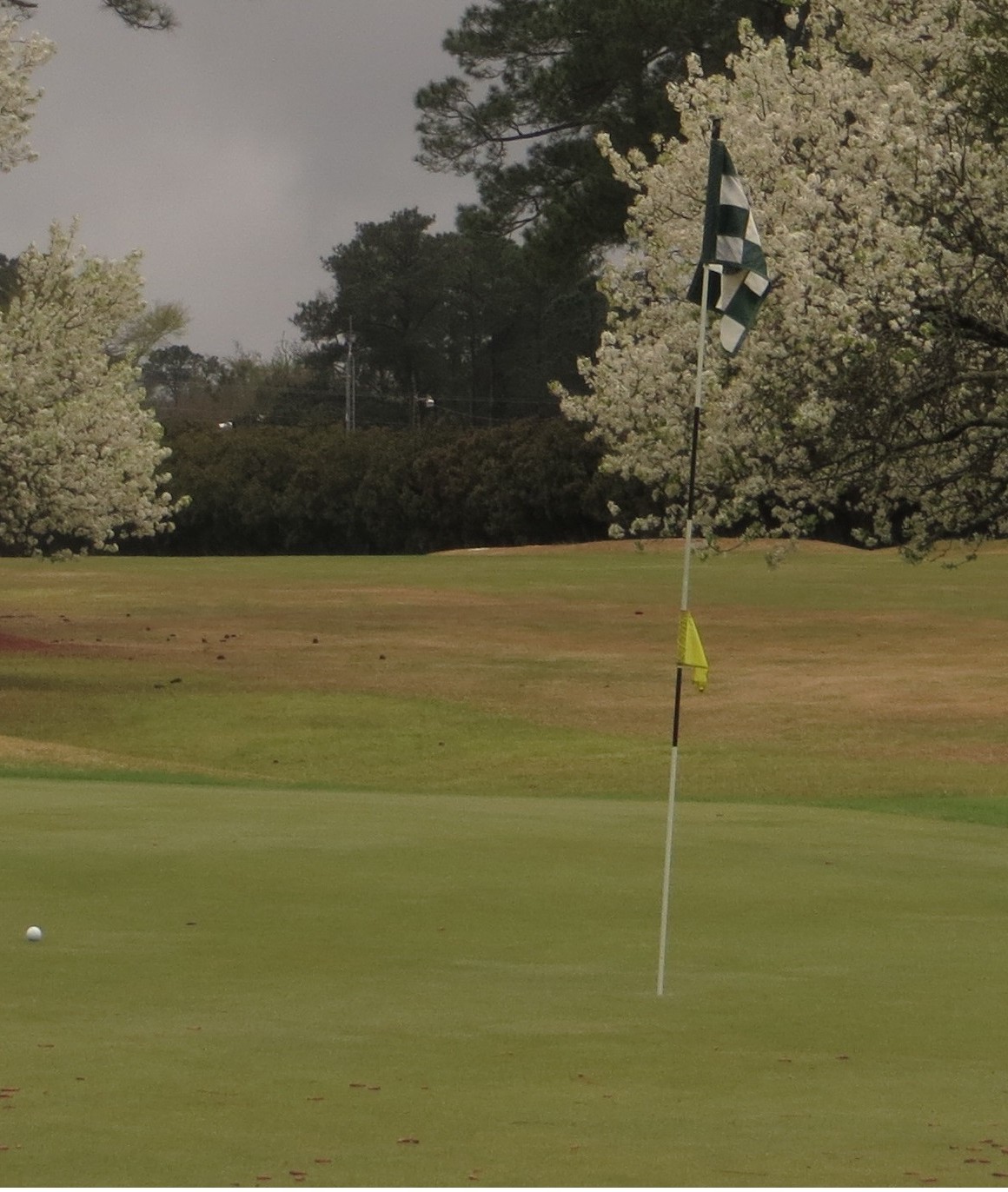 The original Dublin Country Club was chartered on September 10, 1921, by E.G. Simmons, H.G. Stevens, and F.B. Reins “to provide and maintain a clubhouse, golf links, swimming pool, tennis courts, gun club, and any other social or athletic features for the purpose of promoting the intellectual and physical welfare of its members.”

The club was located on Claxton Dairy Road, Hillcrest Drive, Brookhaven Drive, and Hunger and Hardship Creek. The facility consisted of a wooden clubhouse and a 9-hole, sand-green golf course. Operations of the original Dublin Country Club ceased in 1941.

On March 29, 1946, The Dublin Country Club, Inc. was incorporated with Blue Holleman, J.H. Winn, G.S. Hanson, M.A. Chapman, and J. Felton Pierce as its incorporators. As a non-profit organization, it was formed to provide the operation of a clubhouse, golf course, tennis courts, swimming pool, as well as other sports and recreational activities, and to provide meals for members and guests.
Substantial renovations to the clubhouse and grounds were completed in 1981. The renovations included refurbishment of the ballroom, construction of the Commerce Room, and ladies’ and men’s lounges. Exterior enhancements included a new clubhouse entrance, resurfacing and lighting the parking lot, and additional landscape areas.

The clubhouse and golf course were constructed at the current location by Roy E. Martin and were rented by the DCC Inc. from the estate of Mr. Martin from the date of the completion in June 1948 until March 1950. Those facilities were then purchased for $50,000. Construction began on the golf course, originally a 9-hole sand-green layout, in early 1946 and opened for play in July of the same year. In 1964 the golf course was redesigned by Tommy Birdsong and Howard Cordell Sr., and expanded to the current 18-hole layout.

A newly designed and renovated Pro shop opened in 1988. Golf paths were constructed in 1991. Extensive renovations of the golf course followed in 1994.

In 1999 another comprehensive renovation project was begun. This renovation encompassed every part of the clubhouse and added substantial square footage in the form of a ballroom addition and construction of new offices and new dining room. Renovations completed in 2000 have prepared the Dublin Country Club for the new millennium.